The Horse Back In The Barn 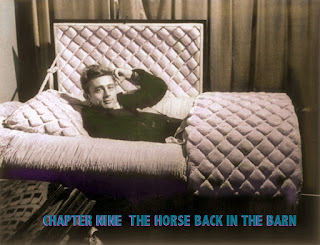 The Horse Back In The Barn

Pickens Klay moved to Vancouver several years ago. Just him and Mutt and Jeff, his mongrel babies. We're not in touch often. Neither of us rolls well on the telephone. To tell you the truth I'm not sure how much I miss him. When I get the blues I tend to look around and think that I've lost something. It's all about he loss then, isn't it?

He's certainly a good friend. I figure that the time I spent listening to Pickens probably kept me out of a lot of trouble.

People are good. I know that. Pickens Klay helped remind me of that.

It's funny, Pickens always wanted me to tell him my stories. One thing that I learned from my pal is that the good stories aren't always about the hotshots. On the other hand, the hotshots tend to really live life so they probably leave us with more.

I suppose I could go on and give you more detail. We all want to hear about movie star sex, especially when it gets weird.

You would probably get more mileage if I started on the Jerry Lee Lewis tales, the ones about extortion, murder, jury tampering and tax evasion. The sex parts make me blush. I usually skip over sections.

The Buddy Holly, Ritchie Valens, Big Bopper case is still active. Every now and then an article will show up about a relative's plans for exhumation or a new review of the inventory of objects found at the crash site including a mystery handgun and cash. Apparently there is something to most of those stories.

You get the idea. If you'll excuse me I'm planning to spend more time living and less on other folks' stories.

Posted by ronnyelliott at 3:48 AM