Live To Play, Play To Live 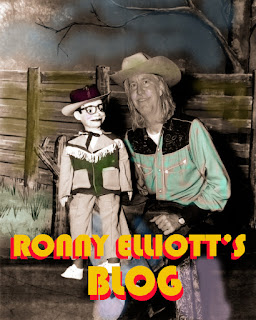 Playing onstage is as close to heaven as it gets, I suppose. Sometimes I wish I played in a rhythm and blues band that worked seven nights a week, five hours a night. I had this conversation with my pal, Sylvie, on the phone last week. She has just figured it out. She's still coming to grips with the idea that she's a musician after making her living as a journalist for so long. Oh, she's a writer, alright. I mean she's a writer. I'm guessing that she doesn't get nearly the satisfaction hunched over some old Underwood that she does under the stage lights cuddling her little ukulele. On the other hand, checks come in regularly from her publishers and I imagine that brings some little measure of joy, too.

At eighteen I complained about carrying heavy amps, sticky with beer. Now I recognize the privilege. The honor. I must be the luckiest guy in the world. It's the rock'n'roll that has saved a wretch like me.


Posted by ronnyelliott at 9:58 AM