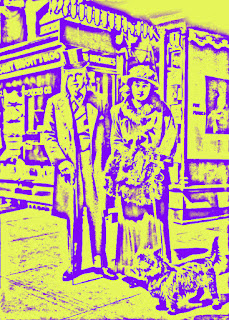 Wasn't it Stewart Brand who wrote, "We are as gods and might as well get good at it"? That was in another century.
Seems to me that technology has outpaced humanity.
The problem, as I see it, is that the technology is in the hands of anyone who can afford it.
As long as I'm quoting heroes, let's go way back to President Eisenhower:
"In the councils of government, we must guard against the acquisition of unwarranted influence, whether sought or unsought, by the military industrial complex. The potential for disastrous rise of misplaced power exists and will persist."
On my bad days, I blame biology. On my good days I don't think about it at all.
Give us peace on earth and end this dreadful, dreadful war.

Posted by ronnyelliott at 1:56 PM No comments: 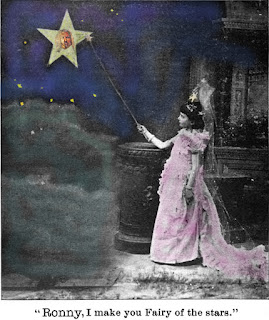 Over the years I seem to have given up most everything that once took up my time as well as my energy. I don't write much. Not sure if that's because I don't play much or record much or, maybe, because it's all been written.
I gave up facebook, but to be honest, facebook gave me up first. Same with romance.
My big discovery is that free time is amplified and augmented by the disappearance of drama. Oh, I've got climate change and the pandemic and supply chain issues to face, but that's chicken feed compared to the rigors of a social life.
Meanwhile, I'm reading books that have piled up on the bedside table for years. Oh, and the memories- lord, I have memories.

Posted by ronnyelliott at 9:35 AM No comments: 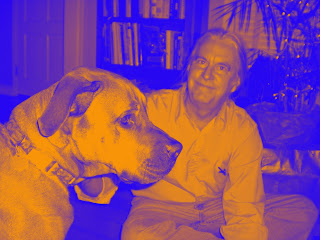 Do you need a license to be a philosopher? I never had to pass any kind of exam to call myself a musician.  Oh, I joined a union once. It disappeared after a few years. I signed up for various organizations that never wanted anything to do with me, other than annual dues. I only told folks that I was a musician to keep from claiming that I was a "writer" or a "poet." That really sounds pretentious.
Anyway, I'm pretty sure that I'm a philosopher. That sounds so much better than "layabout" or "retired" or "former musician."
Now, you may want to be judicious about taking advice from an unlicensed philosopher. I understand. Nevertheless, here's what I offer:
Love first. Ask questions later.
Posted by ronnyelliott at 7:31 PM No comments: