Chapter Three- What Consumes You? 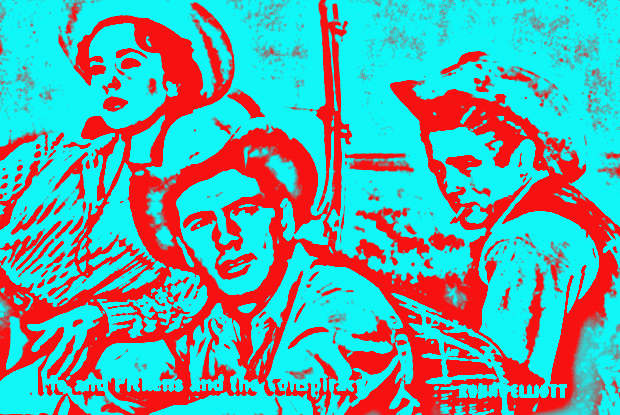 Everybody is pretty much okay with me. No, everyone is good with me. Really good. The fact that I stay to myself has more to do with the difficulty that I have in approaching people than it does with my opinion of them. I'm really talking individuals here. There are entire religions that I'm not comfortable with. Sports teams. Professions. Yeah, when you bunch them together you'll see the worst of folks. Turn on cable news and cue up a national anthem and you can count me out. Those chants of "USA, USA," bring to mind those old photographs of lynching scenes for me.

Pickens seemed to be the same sort. When we met I hadn't begun to worry about my age. He obviously had a decade or more on me. He also had class. I don't. He had a sense of style and if I notice, it must be extreme. He wore Jack Purcells and I do, too. The fashion similarity ended there.

At the risk of sounding hokey I will tell you that I am somehow aware of auras. Not that I see them very often, but Pickens Klay had a definite glow. Now, I'm sure that there are negative auras but I don't know anything about that. If it were my job to recruit a guy to infiltrate the Hollywood hip set, Pickens would get the nod.

At the end of his LSD adventures the Company had my friend negotiating with garbage men to poke through Santo Trafficante's trash and Frank Ragano's refuse. He knew, of course, that he was looking for any scrap that might shed any light at all on the Kennedy assassination or Jimmy Hoffa's disappearance. He never found anything more interesting than old fudgesicle sticks and a few dirty pictures of girls and donkeys. I begged him to tell me more about the pictures, trying to sound like I had an interest in Cuban history.

Well, sir, the story gets good when Pickens is sent to Los Angeles to finish the cleanup of a mess that is colossal, even by government standards. We're talking stupidity and ineptness at the level of the Castro exploding cigars. Francis Gary Powers. Bay Of Pigs.

This time, though, we're talking about millions of lives lost and millions more shattered. Late in 1980 gay men all across the United States started getting sick. Really sick. At first most of the population tried to avoid an unseemly, uncomfortable statistic. We had legislators and evangelists at every level hinting that Jesus was out to teach a lesson. Then practical problems- the public blood supply, Key West real estate values and here we go- Rock Hudson's death.

Now the stories all become this jumble of history. Some of it is factual. Every anecdote from Pickens Klay's own portfolio, well, you can take that stuff to the bank. I don't talk like that but then, I'm not used to telling stories like these.

The rest of this stuff comes second hand from gangsters and whores, drug dealers and worse- the CIA. Pickens Klay moved to Hollywood to piece together facts and lies from lots of folks with a lot to hide and more to lose. It started with a trip to the monkey island at the Los Angeles Zoo and a dinner that evening with Liz Taylor.


Posted by ronnyelliott at 3:30 AM