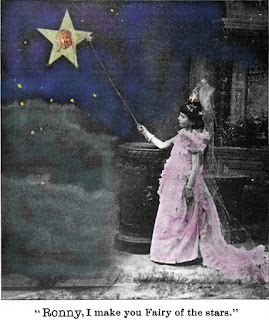 While most of our pals rushed to the monkey races as soon as we got past the gate at the fair, my cousin, George, and I scurried straight to the teasing taunts of the sleazy barker pushing the prurient treasures inside the tent holding Club Lido. Every year there was a new peroxide blonde. I always fantasized that she was from Minnesota, right out of high school. I probably wasn't that far off.

The smell of sawdust and hot grease. Pig races. Oh, I miss it all. Not enough to ever go again, of course.

What I probably miss the most is the oddities. Not just the sideshows with the dog faced boy and the bearded lady. Those were always too sad for me. No, I long for a glimpse of the world's biggest bull and the man in the iron lung. Yeah, that was sad, too, but otherworldly. A precursor of reality TV.

Posted by ronnyelliott at 7:40 AM