What About The Radio? 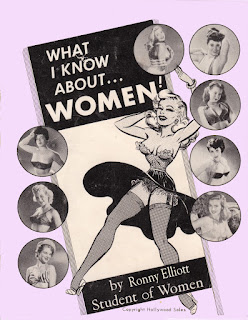 Growing up in Birmingham, I thought that if you turned on the radio Hank Williams automatically sang. That was a good thing. When we moved to Florida I didn't hear much radio for awhile. We didn't have a car and that has always been my favorite place to listen.

By 1955 my mom was bringing me home 45's by Big Joe Turner, Wynonie Harris, Roy Brown and Elvis. I began to search the airwaves to make sure that I wasn't missing anything. I was lucky. Besides being able to tune in WLAC from Nashville late at night we had WTMP here in Tampa. Not only did they spin all of the great rhythm and blues hits I got to hear Little Richard doing Royal Crown Hair Dressing commercials. I didn't know where to buy it but I knew I needed it.

By the time that rock'n'roll was in full bloom WALT was blasting the good stuff. On Sunday they featured Battle Of The Crooners. I would dial 'til my fingers hurt to make sure that Elvis never lost a single Sunday to Pat Boone. I didn't mind so much if Ricky Nelson or Eddie Cochran might slip by with a victory every once in awhile.

WLCY was the last big AM station to rule this area. Their sponsored Star Spectaculars at the Clearwater Auditorium gave me access to magnificent concerts up through the middle '60's.

We had our fair share of hip FM stations as rock'n'roll dominated our entire culture. Now, of course, for the last thirty three years we have had the wonderful fortune to have as perfect a radio station as a nerdy addict like me could ever dream of. WMNF.

But the old, silver pony-tailed supporters who have been the lifeblood of this marvelous gem are getting  to a stage of life that none of us ever thought we might reach. Who's gonna pay the bills now? Is there a gang of young enthusiasts out there who are dying to compete for weird hour spots and work their heads off for nothing but the satisfaction of making beautiful waves? Will satellite radio merely pressure the industry for change or is it a signal of the end days?

I can't do without radio.


Posted by ronnyelliott at 6:53 PM