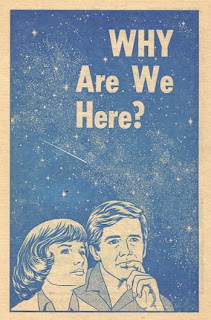 Seems odd that I have such distaste for our current celebrity culture. Without all of my heroes I can't imagine how I might have grown up. Of course Elvis always was and always will be Number One but there's a long list. Don Garlits, Chuck Berry, Audie Murphy, the Beatles and lots of others. I don't want to attempt any real list here because I'm bound to leave several out and come back here tomorrow bothering you with more of this.

Maybe it's the Andy Warhol prediction of everyone's fifteen minutes of fame that came to be and wore me out. I remember watching Orson Bean on talk shows in the early '60's and thinking to myself that this seemingly self-important fop was famous merely for being famous.

At any rate I've never really wanted to be famous. Seems kinda' crazy since I always wanted to be a rock'n'roll star. I always had in mind playing bass, off to one side, behind the singer.

I had to start doing things under my own name when I finally figured out that when you're dealing with grownups someone is always going to be getting married, going away to school, shuffling into rehab or into the monastery. At least as Ronny Elliott I can't just quit. I can't even fire me.

At the little show that we did at the Hideaway Cafe this weekend I realized once again how much these folks mean to me. The ones who come out and share everything with me. They're not fans, they're friends and I wouldn't have it any other way. I wouldn't trade this bunch for the Aerosmith Fan Club roster.

I've got the best friends in the world and I'm lucky enough to know it. Here's a clip that one of them, David Gruskin, shot at the show. The laughter near the end is Isabel, my cousin, George's, wife. My boy cousin, George.


Posted by ronnyelliott at 9:39 AM