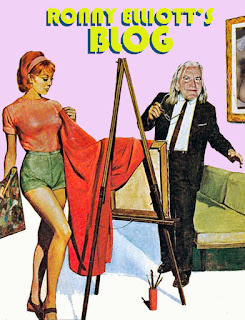 We'll always have poets. We'll always have soldiers. I'll leave this world more as less as I found it. Some days that seems fine. Adequate, I suppose. On those other days I wring my hands over my failure to "save the world."

Don't misunderstand, I haven't given up. Sometimes it seems, though, that the mess is getting bigger as the clock is running down.

War has never been more fashionable, mostly with folks who will never fight in a war. In this country and all over Europe we find nostalgia for all things nazi. Amazing.

Xenophobia and homophobia and outright racism are back as though they merely went away temporarily like short skirts and long hair.

Nobody has to write a "Greed is good!" line for a movie. Paul Ryan says it on the evening news every day. The Catholic church locked up Galileo for his belief that the earth revolves around the sun and jackasses have been proudly denying science ever since. Are you listening, Mr. Pruitt?

My apologies to jackasses. I should have typed idiots.

These days I manage to maintain a reasonably even keel. I have to admit, however, that I'm pulling for a revolution. Good ones aren't fought with guns. Love can be subversive.