All The Money In The World 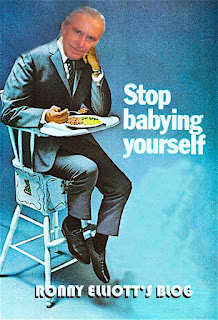 They called it rock'n'roll. It was love.

Of course it was appropriated by "business men." I just call them crooks. I'm including Alan Freed who claimed to the end that he had coined the term, rock'n'roll. If you believe that I've got a Pat Boone 45 to sell you. Prime the pump, indeed. I remember Mr. Freed's Top Ten Rock'n'Roller list for 1956. Seemed odd to me that Elvis wasn't on the list. Still seems odd.

Don't get me started about DICK Clark!

We're divided again and it's scary out there. We're losing heroes but we've got replacements coming. Come on, rock'n'roll, save us again.


Posted by ronnyelliott at 6:50 AM