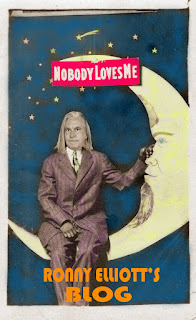 When you're fourteen years old and the King of Rock'n'Roll leisurely hangs around with you things change. Of course things are changing for a fourteen year old, anyway. My first conscious re-invention kicked off then and I've been working to find out just who I am ever since.

Some folks need a mirror just to be sure they're there.

We put together an image for the others. We need the validation, if not the approval, of other people to be sure that we exist.

My mother was named after Maxine Elliott, the great stage actress. She married my father, W.S. Elliott, making her, that's right- Maxine Elliott. Talk about your re-invention!

Is that why she married him? I wasn't there. I've married for dumber reasons. 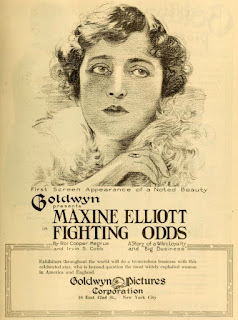 Kind folks have attempted to help make me a finished project for years. I can remember three bandmates borrowing a Nehru jacket for me at a photo shoot in Manhattan. They were less worried about my image than theirs, looking back.

Aunt Jo is one hundred and one now. She's been reminding me to "hold my shoulders back" since I was five or six. I wish I had listened to that advice.

I only spoke to W.S. once in my lifetime. That phone conversation happened about fifteen or twenty years ago. He told me to be a good boy. I'm trying.


Posted by ronnyelliott at 6:41 AM