Six Degrees of Trump, Sir Doug, Sheriff Joe and Me 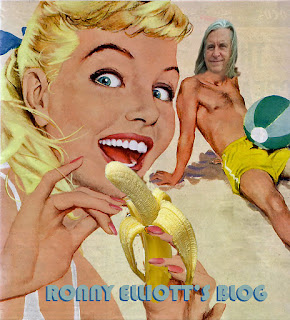 Give me enough time and I'm reasonably sure that I can produce evidence that Kevin Bacon is involved in here somewhere. In another time, another decade- heck, another century- the fledgling calling itself The Americana Music Association held its first "conference" in Lake Tahoe.

Finally a place for me! No longer an outcast, alone in the evil music industry...

Those folks never quite took me to heart either. For awhile my releases went to the Top 10 on their charts. First thing you know I've managed to alienate myself from this bunch, too.

I'm getting ahead of myself. I do that.

My roommate for the conference was Doug Sahm. You know, Sir Doug. One of the biggest thrills of my life, I gotta tell you. I had worked with him at a Star Spectacular in Clearwater in 1966 and I had been dragged to the Florida State Fair to see the Texas Tornados but we had never really known each other.

Well, sir, Doug was a talker. World class. I couldn't begin to catalog our conversations from that weekend. Some of the things that do come to mind:

I had to tell him about No Depression and the whole new alt country thing, which wasn't yet alt country. This king had a new throne and nobody had bothered to tell him.

One day at a picnic table he launched into his sad tale of leaving Texas. He had been set up by a crooked cop for a marijuana bust in Corpus Christi. Eventually, to avoid jail time he left for California with his family, his band and his record producer in the rearview mirror.

While he was spinning the yarn an aging hippie strolled up and Doug introduced me to the guy who had put him up and taken him in when he got there. I don't remember his name but he was a nice guy and a genuine character. We had these coincidences all weekend. I'll string them together for another day. This story, though, the Texas drug bust, turned around a notorious scoundrel that Doug kept referring to as "Sheriff Joe."

Joe Arpaio has been ruining lives going back to the mid-sixties. Maybe further back. 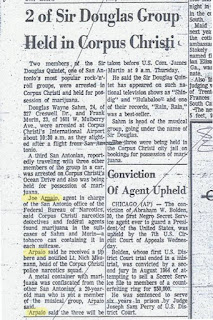 Did I tell you that I once worked for the Russian mafia? Joe Ely told me about ten years ago. Long, long time ago. I never knew.

I've lived an exciting life. I just didn't know it at the time.

Posted by ronnyelliott at 1:26 AM