It's Not There Anymore 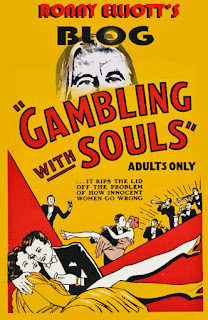 "The Rose Tattoo." I probably sat through it seven or eight times. I had no idea what was going on. It's still over my head. The Palma Ceia Theater was a block away, though, and I was captivated by anything up on that screen. It's not there anymore.

The Cuban Club in Ybor City was a social hub in Tampa. On Friday nights The Rockers would play for white teenagers. On Saturday night, though- Great Googly Moogly- The Skyliners would play for an older crowd. I would have my mom drop me off. I was always the youngest one there. Usually the only white face in the crowd. When those guys spun their magic all of my dreams were on that little bandshell in the open air. It's not there anymore.

The only day I ever skipped school was to see President Kennedy. He gave a speech at Al Lopez Field in Tampa four days before his assassination. It's not there anymore.

When I turned seventeen I found a hope and a joy in my soul that I had been searching for all of my life.

Posted by ronnyelliott at 4:28 AM