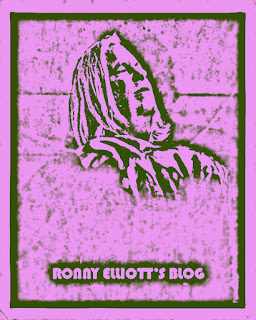 Heck, I've only ridden a motorcycle once in my life. My cousin, George, had two dirt bikes. We took them out in the woods and rode all day. He knew what he was doing. I didn't. I rode as fast as he did. Went over the same hills and through the same mud. He probably fell fifteen or twenty times during the day. I never fell. Not once. I willed myself not to. The very idea terrified me. Still does.

Sometimes I worry that I've lived my life the same way. Oh, I've fallen. Further than most. More often than most.

I've never given anything "my all." I don't even know what that is. I've not fought for "my share." I've always had more than I needed. Yeah, I know all about love. I learned it at the Palma Ceia Theater and not in the back row.

Finally I am a finished piece. Critics frequently referred to me as a cult artist. That's kind. Polite. At least they usually liked it. My cult dissipated. Cults do that.

I'm pretty sure that all I've ever wanted was to love in a way that left only ashes. I'm afraid that only happened on that tiny little screen in that little bitty theater.

My life and my art are  one and the same. That's another way of describing myself as lazy. At least I never had to practice scales or stretch canvases. Goodness knows I never suffered for anything.

Don't take any of it seriously, whatever "it" is. Wasn't it Mose Allison who sang, "I don't worry about a thing 'cause nothing's gonna be alright?"

Mortality. Now there was a bad idea.


Posted by ronnyelliott at 8:50 PM