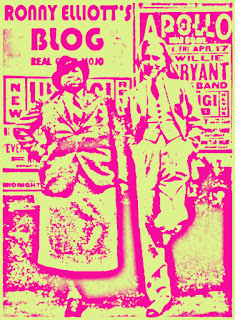 Now, I spend my time, i.e. waste my time, preaching about radio, hot rods, rock'n'roll and broken hearts- usually mine. Why on earth would I put forth a rant about economics?

"What," you may ask, " does that down-and-outter know about finance, economics?"

Well, what do I know about anything? Has it stopped me from writing plays? Newspaper columns? Hillbilly songs? I would tinker with brain surgery if not for those pesky license requirements.

My credentials as a financial scribe are based on "The Emperor's New Clothes." In other words I'm not employed by Goldman Sachs... or the Trump administration.

Let's all agree right here that those nutty tax resisters have some things right. The fact that most of them eventually go mad in their mom's extra bedroom will keep us from putting any of them on the witness stand here. They do know this:

Power in this culture is based entirely on the control of green paper by the very ones who print the green paper.

No wonder that the government fears nuts like me who notice the absurdity of any such phenomena and have the audacity to write it here for my millions of readers!

Long ago the haves figured out that the minions would have to be controlled, Voila! Religion. Patriotism. Overtime pay. Sports. War. Politics.

Print your own green paper. See what happens.

Now the financial pundits conclude that housing prices going up faster than worker pay is good for the economy. Really? Has anybody told the worker? The one who doesn't own a house?

They also know that nothing stops a roaring market like the threat of full employment. You don't say! Has anybody shared this information with the unemployed?

Am I a socialist?

Pretty sure that I'm just an old, white male who went to school with those vultures who play that game and always noticed that the emperor is naked. Look at that tiny little talleywhacker, will ya'!

Posted by ronnyelliott at 5:34 AM