I Don't Care About Forever Anymore 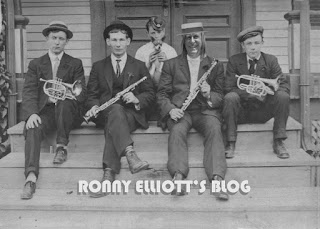 You don't love for them. You love for you. I know it sounds selfish but it's the opposite. Once my biggest worry was how to make the love stay. Looking back, my concern was assurance that I would never be abandoned.

At some point the regal beauty of rust and wrinkles became obvious. Records sound better to me now with the scratches where I remember them. Old dogs have the purest love in the world in those cloudy, tired eyes.

Every now and then I run across one of those articles that "reveal" the regrets of people on their deathbeds. I guess there are folks out there looking for quotes from final gasps. I always read them. They always make me feel good. I suppose that's the point.

1. They always wish they had lived a life more true to themselves.
Hey- I carry a pink, paper wallet!

2. They shouldn't have worked so hard.
I've played rock'n'roll for over half a century.

3. They regret not having expressed their feelings.
Now I have made folks feel uncomfortable expressing my feelings but I won't leave the planet with any big secrets. Here I am before the sun is up spilling my heart out to you. I told her that I love her.

4. They should have stayed in touch with friends.
I play in a band with guys that I've worked with for fifty years. My pals from elementary school that I don't hang around with are dead.

5. They always seem to wish that they had allowed themselves to be happier.
Well, sir, I try to look at life like one of those old Disney cartoons where every character is some variation of Goofy and the soundtrack is from one of those laughing records from Mad Magazine. I do what I can.

I do love her.


Posted by ronnyelliott at 6:59 AM