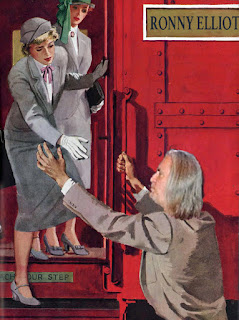 There have been times I tried to fit in. I've shopped for clothes, applied for jobs, had my hair cut, attended church, married the girl, covered songs and voted the party line. I don't regret any of it. Well, maybe a marriage or two.

My producer, Phil Gernhard, always told us, "Pay attention. The fun is all about getting there. There's nothing special about a wall of gold records. It's all about watching that first one go up the charts. Hearing it on the radio for the first time."

Well, Phil blew his brains out a decade ago. He had several walls of gold records and marriages that he regretted. He was rich. Really rich.

Me? I never "got there." Not by any standards.

There was a time when my new records would go to the top ten on the Americana charts and I would hear them on the radio. They were never hits, though; never made any money.

I hope you don't read anything into that. I'm not whining. Maybe I'm boasting. It never quit being fun for me. Turns out I can't be managed. Produced. Guided.

Socially awkward? Yeah, those women hurt my feelings. I don't think they meant to. I'm pretty sure that they just assumed that I knew. Seems obvious now. Really obvious.

Well, now I've tried the patience of my friends. I'm good at that. I guess it seems that I'm begging for praise with my pitiful self deprecation, fishing for compliments.

Honestly, that's like looking for Trump's cunning political strategy when he gets out his phone.

Listen to me here- I'm alright with me. Oh, sure, I have impure thoughts from time to time. Okay. I frequently have impure thoughts. Alright, alright, I'm obsessed with smut. Nevertheless, I think I'm an okay guy. To me, everyone is special. Unique. Holy.

If I thought something was wrong, I'd cut my hair. I'd vote the party line.

I'm probably at my most socially awkward when I ramble in Sunday school talk.

And now these three remain: faith, hope and love. But the greatest of these is love.

You can't make a silk purse.


Posted by ronnyelliott at 7:46 AM