These Are The Good Old Days 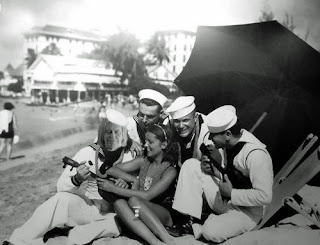 The music on the radio is as good as anything I've ever heard. Ever. Courtney Barnett. Dawes. Nathaniel Rateliff And The Night Sweats. Heck, I don't even know who most of them are. I'm that old guy making a fool of himself singing along at the red light, right? I don't even know the words. Who cares? Leave me alone!

We've got good guys and bad guys lighting up the TV screen. In this corner, all in black, with orange hair and ten billion dollars- Donald Trump!

And in this corner, in white, rolled up long sleeves- Bernie Sanders!

The socialist Jew from Vermont provides the greatest hope that has been waved in front of us since we gave up on the skinny black kid from Hawaii. Oh, we all know that the good ol' boys aren't about to let him have the nomination, but nevertheless, he's gone to blistering the paint before huge crowds all across the country.

What about health care, income inequality, infant mortality, climate change, racial injustice and prison reform? What about the glaciers, the elephants, the rainforests, the polar bears and the Palestinians?

It won't ever be me telling you that everything's alright. Ever.

It is me writing fan mail to the pope, though.

I'm no Einstein but you can quote me:

"If we fight now with love, we won't have to fight again."

Looks to me like Jimmy Carter may go down in history as one of the greatest heroes of all time. Give us peace on earth and end this dreadful, dreadful war.

Posted by ronnyelliott at 2:57 AM