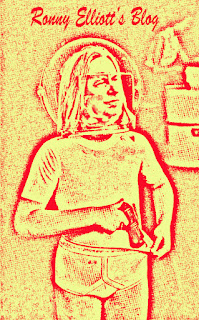 Geography? Yeah, got that. I have a university degree in that stuff. Makes me a good dinner companion at a cocktail party. As a practical matter you're probably wondering how it has facilitated my career as whatever it is that I am.

Well, sir, I'll tell you this. New York won't make you hip and L.A. can't make you cool. Texas never made an outlaw out of anybody and London never caused anyone to swing as far as I know.

Lately I've been thinking about doing a pilot for a television series that I will call "Fuck Nashville!" This isn't personal. It's true that Music City never wanted much to do with me but neither did any of those other places.

Earlier this week we lost Audrey Auld, maybe the best hillbilly singer who ever lived. She came from Tasmania to the U.S. to walk in the bootsteps of her heroes, Patsy, Hank, Woody and Jimmie. She left California to make it in Nashville. I still remember her telling the story on the radio about submitting her song to a panel of industry insiders for a critique and advice. They told her that "I'd Leave Me Too" was heavy handed and trite, that it seemed like a blatant reach for a hit. She moved with her husband, Mez, and the two dogs back to California.