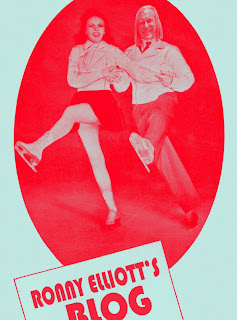 Tomorrow night's the big event. The Rev. Billy C. Wirtz and I are performing together at the Palladium in St. Pete in what we have declared a Hillbilly Death Match, Loser Leaves Town. There are several problems that we seem to have made for ourselves. First, I'm starting to worry that folks are coming thinking that we're really going to fight.

It all seemed like a fun idea to start. You know- I play, he plays, we play together. Then I start to detect a twinkle in the eye of people asking me about where I might move.

In a panicky attempt to defuse this thing I have pointed out that we're both losers. Neither of us live in St. Pete to begin with. Of course we're leaving town.

Now this is the country where Donald Trump seems presidential to a good number of people out there. When he tweets about that woman at Fox at 2:00 in the morning it's headline news. Roger Ailes has actually shifted his role to the good guy just like in real rasslin'. We're the nation of sheep who pay big bucks for cheap seats at Daytona hoping for somebody to turn right like Dale did!

Maybe I will give him a thump.


Posted by ronnyelliott at 9:23 AM