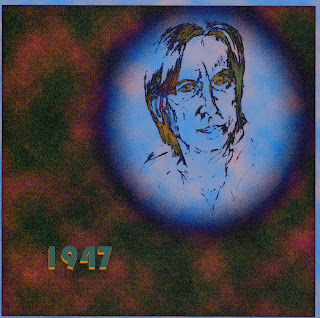 Stop me if I've told you this. I hate to repeat myself. I think I wrote about the beginning of Noah's Ark, our big experiment to save the world. Well, when our kind of music began to get airplay and all of the music magazines began to focus on psychedelic rock'n'roll it should have been time for celebration. It appeared that we were in the right place at the right time. Now, we weren't riding anybody's coattails here. We had ventured into the noise well before there was anything fashionable about feedback. Mr. Moog, himself, had called me and made us the distributors for his theremins in the Southeast. We were hip and we knew it.

It all bored me and made me want to take a turn. For anything. I just don't know how to be creative if I'm doing what everyone else is doing.

It seemed like a fine time to start a big rhythm and blues review. You know, girl singers who danced suggestively, lots of saxophones and keyboards and dynamics to bring an audience to tears. I knew what I wanted. I kept calling rehearsals and kept showing up to find only my three pals, all drummers, in the room. Finally I realized this was my band. To quote my friend, Cuba Luna, "If life gives you AIDS, make lemonade."

Fortunately one of the drummers could play guitar just well enough so that he was able to teach one of the other drummers to play, too. Voila, Your Local Bear, a hillbilly band.

One of the first songs that we wrote was, "Country Music's Back On The Radio." Wishful thinking on our part. Of course we opened with that at our first real show. Did I mention that it was on a bill with Jimi Hendrix?

To say that folks hated that band is to understate the situation. Once in Clearwater the cops had to sneak us out the back of a venue to protect us from a predominately African American crowd.

Timing, friends, is everything.