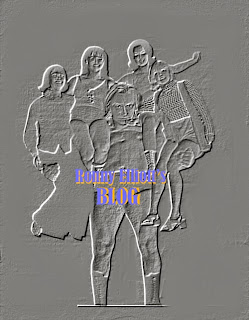 Oh, I guess I learned plenty in college. One of the first courses that I took at the University of South Florida was Ideas Of Utopia. It was, of course, in the Ideas Department.

Now today I read in the New York Times that the momentum may be in favor of the optimists concerning the end of global poverty. Seems to me that war has had more than its fifteen minutes, too. It sure would be nice if the U.S.A. roared to the front of the pack in terms of change for the better. Of course we were late to the party on slavery and some other biggies. It does seem to me that we should get credit for rock'n'roll. Maybe that will buy us some credit on the ones that we've botched.

Let's feed the poor, help the down and out, care for the sick, educate the kids and find good jobs for the soldiers. Let's reform our laws to put all the money that we waste on "defense" to healing the planet. It doesn't take genius. It takes love and common sense.