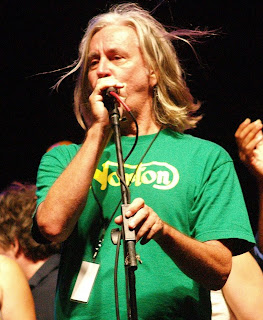 Oh, how I remember my first stage performance. My pals, Eric and Buddy were in a rock'n'roll band they called the Tropics. They were playing a show at Madison Junior High and were without a bass player. Charlie Souza had called in sick. Turns out he was offered five bucks more to play a show with the Pastels but, hey, it got me into show business, didn't it?

Charlie had been showing me little runs and patterns on bass. I wasn't ready to go out and play but my friends were stuck.

As we started out on stage Buddy asked, "Are you nervous?"

"When you make your first mistake and the kids keep dancing, it will be alright."

A few songs into the set I noticed Spencer, the drummer, motioning Buddy over to his side. We were well into Louie, Louie.

"Somebody's in the wrong key," Spencer informed him. The drummer had to point out that I was playing in a key all to myself.

Well, sir, my musical ability needed some honing but my hair was good. While the rest of the Tropics still sported greased back hair, my well washed coiffure captured the interest of the little junior high girls. I was officially in the rock'n'roll business. The Tropics changed their hairstyles.