Where'd You Get That? 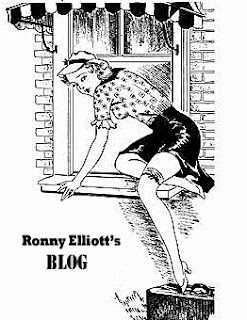 Oh, the arrogance of youth. I still remember an interview that I read with Chuck Berry in a rock'n'roll magazine when I was ten or eleven years old. He was denying all credit for inventing the art form. He insisted that he was just playing what he had heard Louis Jordan doing when he was just a kid. Of course I thought that he was just being humble. I learned over the years that Mr. Berry is not a humble man.

No, in fact, Chuck had been borrowing riffs right from Carl Hogan, one of Louis' great guitarists.

Growing up with Hank Williams on the radio, I guess I just always assumed that hillbilly music had come right from his genius. I was a grownup by the time I learned about Tetot, the street singer who had taught Hank to play, and Emmett Miller, the minstrel singer, who provided the voice break that was such a big part of Hank's "uniqueness."

Don't get me started about Esquerita and Little Richard or Woody Guthrie and Bob Dylan.

I don't know where any of it came from and you don't either. Who cares? It's the folk tradition, right?