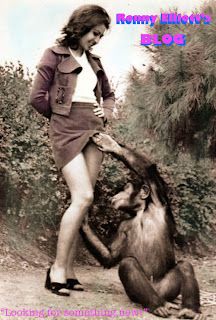 "Well, that's a good question, Paul, "Reverend Simmons responded. "I can't give you the proper answer. It's like holding up mirrors to mirrors."

We were taking a class to prepare us to join the church, Trinity Methodist. Elsworth Simmons was a good guy and Paul Alfieri was quite a bit brighter and more mature than the rest of us in the class.

Trinity has been gone for years now. Flattened. I still think about that concept often, though, and use it any time that something is beyond my verbal skills of explanation.

My concept of a god changed radically that day. Like most kids my idea had been something along the lines of Robert Young's Father Knows Best character but dressed in some kind of long robe and sitting on a golden throne surrounded by angels.

Now I understand that I don't know any of it. That's fine. I do know god when I see it and I see it everywhere. The hitch, as I have come to understand it, is that biology has made us selfish in order to preserve the species. In our arrogance we have decided that power has to do with dominance and with gold and authority. We have actually convinced ourselves of our dominion over all the others on this planet. I'm going out on a limb and suggesting that my dog, Jamaica, knows and understands more about god and love and order and all that matters than any philosopher working.

Nobody made god. God is. Like Popeye, he is what he is.

I can't change the world. Why would I want to? When I let go and just love I know truth. The code has been programmed. Let your love and let the truth flow. Listen to the music. Breathe the air. This is heaven and it's ours.

Posted by ronnyelliott at 10:52 AM