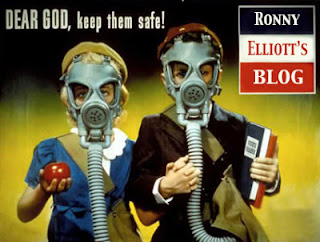 Okay, maybe we're not wise. We're not dumb, though. Rambling about our government recently I bragged that even I could see that the emperor was naked. He's still naked. Now he's got a hard on, too.

These idiots in D.C. are playing these stupid games to satisfy their egos and fluff their constituencies while the rest of us are being marched over this cliff that they designed. Their taxes aren't going up. They're not going to miss a paycheck.

I'm always going on about peace and love and working for the higher levels. Still am. We can't just ignore these arrogant fools while we work to save the planet, though. They're the same jackasses who march our children off to wars, prevent our citizens from marrying, plot with the NRA to put guns in our schools, butt into women's reproductive rights and pal around with the likes of Trump, Abramoff and Norquist. I don't mean for this to sound like a rant against one of these two parties. It's merely that one of them is even crazier than the other just now.

I've got a fire in my heart and another one in my head. Do your burning in those places. Fight your battles with love.