Congratulations. You're The Underdog 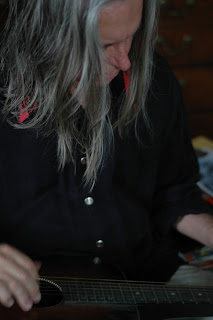 Seems weird that every candidate wants to be the underdog. We root for the poor loser but we vote for the guy who leads in the polls. I guess we mostly want to support the little guy but at the end of the day we want to go to the victory celebration.

I've always been for the underdog. When Castro rode into Havana on the front end of a tank and Ed Sullivan cut to the scene live I was fascinated. What could have been more exciting than watching young Cassius Clay whip the daylights out of Sonny Liston?

I played psychedelic rock'n'roll until Jimi emerged. When I played on a show with him I played in my first country rock'n'roll group, Your Local Bear. By the time that southern California thing happened I had moved on. I guess I still want to do whatever you shouldn't.

All of this comes to mind because I seem to have lived my life in much the same manner. I've zigged when zagging was the fashion. I have pioneered new dimensions in failure, personal and business.

Now here I am. I've fought hard for this spot. I'm not about to screw it up by rolling into Havana or knocking some big, mean guy down. No hit records, either. I have no act. This is me. I like it here.