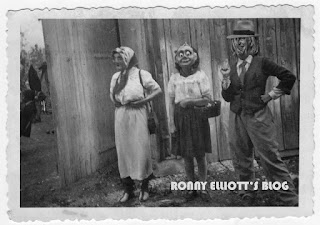 Squirrels don't go to the office. Whales don't retire. Giraffes don't worry about what to wear. I no longer fall for the "fact" that we're above the other animals, that we work based on some noble ideal and that our occupation defines our existence, our identity.

Squirrels do work of course. They build nests for their families and put away enough acorns to get through the winter. They spend most of their time chasing their pals 'round and 'round trees. Dodging Toyotas. Mating. To coin a term, squirreling.

Friends of mine spend a third of their time at some endeavor that they hate in order to pay for an automobile to get them there. They complain about the boss or, if they happen to be the boss, complain about their underlings.

Marketing and peer pressure combine to convince them to spend money on clothes, not to cover their horrible nakedness or to keep warm, but to make them look like all the others. They like to spend some more on scents so that they will smell like the others and jewelry to make it appear that they have more money than the others. Jewelry just like the others wear.

Most of them work hard to pay for houses that they can't afford so that they will be in school districts that enhance the offsprings' ability to continue all this.

I could go on. And on. I won't. I've got a day of squirreling ahead of me.

This sounds smug, I know. Just keep in mind my big hero, Lincoln Perry. If you know him at all you remember him by his stage name, Stepin Fetchit. In the '30's and early '40's he made millions playing the supreme shuffling stereotypical negro.

When pressed about the dignity of his endeavor he explained,

"Like Chaplin, I played the part of a simple, sincere, honest and lovable character who won sympathy from an audience by being tolerant of those who hurt him so that he could be close to those he loved."


Posted by ronnyelliott at 9:23 AM