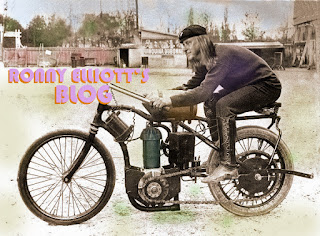 As social animals we evolve along two distinct lines. As some kind of primeval ooze our needs were low. By the time that we were primarily prey we began to develop aggressive genes to keep from being eaten out of existence. To thrive we began simultaneously to develop loving genes so that we could cooperate and live in groups.

First thing you know a couple billion years slip by.

Cowboys and Indians. Sunni and Shiite. Republicans and Democrats.

You don't need to be a scientist to see that the aggressive team is winning. At the peril of our existence. Maybe the planet.

That's nothing new. We've been working at putting ourselves out of business since we climbed down from trees. Now, though, nuclear weapons are in the hands of lunatics. Mean lunatics.

Our team needs to step up the love game pretty quickly.


Posted by ronnyelliott at 8:20 PM