What Rhymes With Sucked? 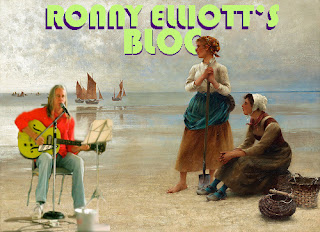 Closing time and the two stumbled out of the tiny Wild Boar towards their car at the edge of the parking lot. Nebraska Avenue was just a two lane road this far north in Tampa at this time and it would have been hard to miss the stretched out body, face down, in the empty lot across the street. They both knew instinctively, immediately that it was Jack.

They couldn't leave him there. Well, they could but they wouldn't.

Jack Kerouac was a hefty two hundred pounds by this time. They managed to get him into the back seat and headed south towards Gandy bridge to get him home in St. Pete to Stella and Meme´re. Realizing that they couldn't just dump him off they pulled into his favorite White Castle once they got into St. Petersburg.

Perched on a counter stool between his two pals, Jack bounced off one, then the other.

The first edition of the St. Petersburg Times was already on the street and an older priest watched the spectacle over the edge of his paper. Recognizing an immediate need for salvation, the man of the cloth approached the rocking writer and tapped him on the shoulder.

"Have you known God?" the priest asked calmly.

Jack recognized at once the source of the inquiry and replied," No but I was almost sucked by Tennessee Williams once."

Posted by ronnyelliott at 5:51 AM