News From The Colonies 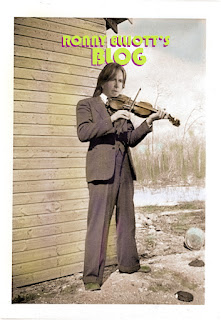 Ah, the illusion of being in control. All my life I've heard that history repeats itself. I've used the line in songs. I like the sound of it. Now, as I read over the correspondence between Albert Einstein and Sigmund Freud, one thought sticks in my mind:

If one bunch wants war and the other wants peace, war wins.

Yeah, rock always breaks scissors. Paper always covers rock. Scissors always cut paper. They're not likely to give me a Nobel Peace Prize for figuring this out. I'll have to settle for a broken heart.


Posted by ronnyelliott at 8:27 AM