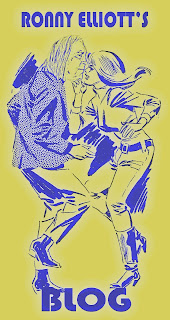 There's plenty for everybody. There should be a heaven and it should be right here. There's enough money for you and everybody in your neighborhood. There are enough hospital beds for everyone ailing. What hillbilly evangelist lied to your cousin about Jesus being a socialist? Of course he was. Jewish, too. An Arab.

Those radio waves don't belong to some government agency to sell off. That oil under the Gulf of Mexico doesn't belong to BP. Nobody asked me about selling any mineral rights.

Ol' Sam Walton may have worked hard to open a store and I'm glad that he did well. That doesn't mean that his great grandchildren should enslave a bunch of folks who live with no dreams of a future. For themselves or their offspring.

This world, this government, this culture censors folks like me. They marginalize us. Mock us. They can't arrest us. Not here. Not yet. I don't threaten revolution. Not with guns. I hate guns.

Oh, we have heroes. They just don't get on cable news very often.

“We should do away with the absolutely specious notion that everybody has to earn a living. It is a fact today that one in ten thousand of us can make a technological breakthrough capable of supporting all the rest. The youth of today are absolutely right in recognizing this nonsense of earning a living. We keep inventing jobs because of this false idea that everybody has to be employed at some kind of drudgery because, according to Malthusian Darwinian theory he must justify his right to exist. So we have inspectors of inspectors and people making instruments for inspectors to inspect inspectors. The true business of people should be to go back to school and think about whatever it was they were thinking about before somebody came along and told them they had to earn a living.”  R. Buckminster Fuller


Posted by ronnyelliott at 5:05 AM