Hank and Jesus and the Boys 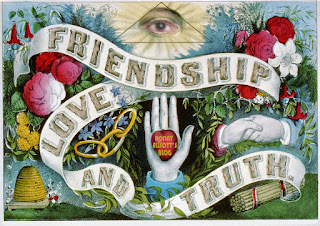 This hate, this division- it all seems so biblical this time around, doesn't it? Complete with better villains than the most expensive Batman epic. I mean who does the makeup for Trump? What genius at central casting found Mnuchin? How about Beauregard? Dang.

Natasha in stilettos. Nazis with torches. Russians everywhere you look.

War? Seems to me that the generals are out to take over for the NFL, NBA, NHL and MLB. Only problem is that the business model seems to be based on the Washington Generals instead of the Harlem Globetrotters. Probably has something to do with the name, huh? Washington Generals- cute!

This isn't meant to be a political rant. All the lunatics have bombs and there is nothing that makes sense about handing out flowers to "very fine people" in Dodge Chargers.


Posted by ronnyelliott at 6:04 AM