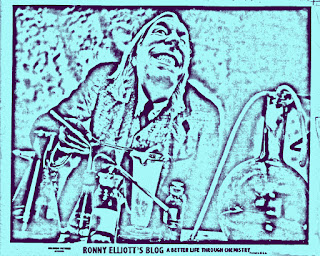 My struggles are mostly with me. Always have been. I'm pretty sure that I could have done better with my career; fared better in love; accumulated more worldly goods. No regrets there.

Maybe I haven't given enough; loved enough; produced enough. Those thoughts could keep me awake. That's the kind of worry that could serve as an excuse later on for more of the same.

Yesterday I was informed that hiphop has surpassed rock'n'roll in terms of social significance. Wow. I'll admit that I had a grander plan in mind.

Romance abandoned me some time back. That's okay.

Go see They Might Be Giants. George C. Scott and Joanne Woodward. Reality, imagination- the good stuff is all entwined. All endings are pure good versus pure evil.

Am I an authority on love? Yeah, you bet. That's not nearly as arrogant as it reads. Everybody is. Most folks just believe that it's private, that you shouldn't just show it to anyone. You know, like underwear.

Do I wear my heart on my sleeve? No. I gave it to that girl.


Posted by ronnyelliott at 7:29 AM