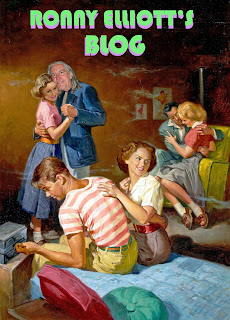 So love is about a reflection. Seeing parts of yourself. I do realize that I have "fallen in love" in situations that can't be explained in any Harlequin Romance novel. I know more about me than I care to know. Oh, I don't know much but I think I'm pretty self-aware.

I like me okay. I mean I've known worse. I could write you a list of my shortcomings but so many women have already taken on that task that I don't have many original additions. It began with that note during the seventh grade. A group of my female classmates got together to collaborate on a note that began with, "We think you're really cute but..."

After "but" the message really began. Went on for pages. Dang.

Years and wives later I asked a woman to explain to me what was wrong. She asked me to leave the room. Calmly she asked. Sweetly.

When she called me back in, five minutes later, I had a new list. I really don't know how anyone can write that much in five minutes.

Probably should have kept both notes. Is that what they mean when they say, "comparing notes?"

When push comes to shove I'm better at love than I am at romance. Don't misunderstand me here, I'm not claiming to be good at that either. So far today I've told old friends from decades ago that I love them and I've told a good friend who I called "crazy" the other day. I don't mean to digress here but she is crazy. Crazy like she's supposed to be. I've told Jamaica enough to annoy her. I do every day.

My mom was like that. My grandmother, too. I don't remember ever hearing either one say that and wondering if she meant it, if it was sincere.

Funny- I sat down to write this and it was supposed to be about the only time I ever rode a motorcycle.


Posted by ronnyelliott at 5:09 AM