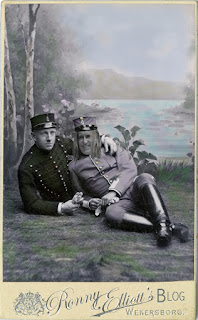 Problem is both sides generally believe that. There are no good wars. Never have been. Never will be. There are wars that are good for Raytheon. Halliburton. GE. Northrop Grumman. President Eisenhower warned us in 1961 of, what he called, the military industrial complex- the armed forces combined with defense contractors.

This sounds disrespectful and I suppose that it is. Nobody wants to go to a military academy and spend their working life with no war.

Woody Guthrie famously wrote:
"I took a bath this morning in six war speeches and a sprinkle of peace. Looks like everybody is declaring war against the forces of force. That's what you get for building up a big war machine. It scares your neighbors into jumping on you and then, of course, they themselves have to use force, so you are against their force and they're against yours. Looks like the ring has been dragged and the marbles are all in. The millionaires has throwed their silk hats and our last set of drawers in the ring. The fuse is lit and the cannon is set and somebody is in for a frailin. I would like to see every single soldier on every single side, just take off your helmet, unbuckle your kit, lay down your rifle, and set down at the side of some shady lane, and say, nope, I ain't gonna kill nobody. Plenty of rich folks wants to fight. Give them the guns."

If we ever give up the dream of peace and love, we abandon our birthright.

Maybe I'm naive. I've been called worse. Beware of anybody peddling anything that can't be bought with love.


Posted by ronnyelliott at 1:20 AM