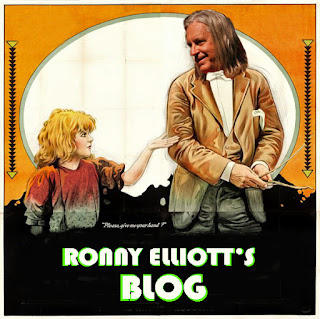 He couldn't drive. The D.U.I. you know. I had to go by to pick him up. We were both playing short sets for some benefit. They tend to run together over the years. His little duplex apartment was tucked into what had become seedy, bordering on ghetto. As I tried to avoid the bicycle debris pulling up to his door, I heard my rear tire let go. I had run over some brake parts.

He had told me not to get out when I got to his place, that he would come right out. Well, now I was going to have to use his phone to call AAA. The old days, huh?

When he peeked through the front door I could see the chaos over his shoulder. I had to wait for him to put the one dog into a bedroom. A biter. He held the other one, the smaller one, by the collar as he yelled for me to come in.

There was no order to anything in the place. I wasn't expecting Architectural Digest but this was just sad. Books, records and old magazines were everywhere. The papers on the floor still had the dog waste on them. This was beyond bachelor pad culture. Well beyond.

Just above the phone was the only "art" in the place. It was a framed, black and white photograph. Of me. Neither one of us said anything.

I called AAA and we waited. Outside.

He took his life about a year later. Lots of us never got over it.

Posted by ronnyelliott at 4:50 AM