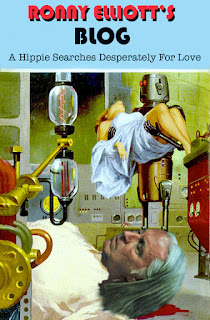 History is written, of course, by the "winners." We wind up looking back on straight vs. gay; Shia vs. Sunni; black vs. white; Yankees vs. Red Sox; Democrat vs. Republican, ad nauseam, through the lens of the victor. After a generation or two nobody questions the narrative.

They don't ask the poets to write the history. Not since Homer.

My records once graced the Top 10 on the Americana charts. Then the guys in suits took that genre and turned it into big business. Movies. TV shows. Satellite radio channels. Back to "cult artist."

That's alright. It's got an underdog thing going. You know- we had "that thing."

Well, friends, I have decided to write the history. While it's fresh. Current. While it can be verified.

Pompous? I'm a cult artist. I do what I want. My opinion, my point of view?

You bet. It's the only one I have.

While they're dropping like flies, I want to point out some of the people who have managed to make hate fashionable. I'm not going to waste a lot of my time digging up background on these villains. You know the history of most of them. I'm just gonna slander them by putting them all in the same pen and you can google any one of them later.

Let's just start with Roger Ailes. Of course that leads right to Rupert Murdoch. Jim and Tammy Bakker. Of course George Wallace was a pioneer and his protege, Lester Maddox, put some additional color, pardon the pun, into the mix. Oops, another pun.

The history that I'm outlining here is the fashion of hate in our culture.

Sometimes they're Democrats and sometimes they're Republican. My list would seem to indicate that they're usually white and almost always male. Well, in my history book here, that's because it's usually where the power lies. Another pun. I don't want you to be missing these.

Kellyanne Conway is way up there on my list and so is Sarah Huckabee Sanders. Right under Steve Bannon. Ivanka makes the list, right under Jared. Dang, another one!

Hate is fertilized with ignorance.

The sad part of this little ramble is that the folks responsible for separating us are available. Obvious.

The culprits who facilitate the hate for their own personal gain will eventually fall in disgrace. They always do. We'll always have Hitler and Mussolini for role models. Poor old Dick Nixon helped put a sympathetic face on the model.

Save the bonobo. Pray for peace. Search for truth. Settle for love.

If that seems a bit sketchy for a history blame my attention span. It's time to eat. There's a banana sandwich and a glass of wine calling me from the kitchen. We'll get back to this. Or not.