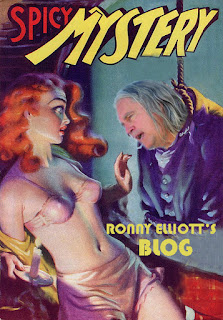 In my lifetime I have watched hate and greed invade all facets of this American culture. When I was a kid, a preacher caught up in a scandal was out of business. He had "fallen" and was to be pitied but could no longer ply his trade.

A banker, at one time, was on the street looking for a new career once his reckless behavior cost his customers their life's savings.

Crooks ran the music business from the time that I was aware of a music business. Generally speaking, though, they were crooks who loved the music. They might have been cheating their artists out of most of the money but they were buying them Cadillacs to show some measure of appreciation.

Politicians have always been suspect here. Any hint of scandal that ended up in the newspaper ended almost any elected official's career, though. Now, at the highest level, and I do mean highest level, we tolerate outright lies. Not only do we tolerate the lies, forty per cent of us approve of them.

When I was eleven or twelve years old professional wrestling was the pinnacle of melodrama. When the Von Brauners battled the Volkoffs, with the losers forced to leave town, I thought that the world spun around that ring. Two evil, Nazi brothers; fat, shaved heads, goatees, evil sneers, and to top it all off, a sniveling coward of a manager with an umbrella who certainly appeared to be Jewish. Gentleman Saul Weingeroff. And gay! He would, of course, climb cowardly into the ring and whack any opponent who seemed to have any physical advantage over Kurt or Karl during a match. Well, what the hell would you expect of a Jew? A gay Jew!

Now the boys were really up against it by the time that Boris and Nikolai Volkoff hit town. Need I remind you that we were only a few years beyond Duck and Cover in the public schools. The warts all over Nikita Khrushchev's face figured prominently in many of my end of the world nightmares. We still had artists and writers unable to work as a result of McCarthy's despicable actions.

Yeah, Nazis and Commies. I thought we had peaked.

It would have seemed ludicrous if you had told me that gutter culture could sink lower. If you had described a seventy one year old man who sported a spray tan of a weird orange hue with greenish-yellow hair swirled around on his head, who waddled when he walked and bellowed mean, vitriolic rhetoric in sentence fragments, and bragging that he was able to grab women by the pussy and get away with it because he was famous...

Let's not leave this picture unfinished. What if we had hours of filmed lies from this character. What if he had left court records of cheating people and breaking laws. What if he had proudly boasted of his infidelities and publicly humiliated the mothers of his children.

You don't really suppose that we might turn over our government to him. Do you? Trust him with the nuclear codes? Stand by and watch him dismantle our state department and the agencies that protect our environment? Put religious zealots who don't believe in science in charge of our children's education? Dismantle our inadequate health care industry to concentrate even more of our finances into the pockets of a few American oligarchs? Hire on Wall Street crooks whose names we remember from wrecking our economy before?

What if he surrounded himself with weird, spooky old white guys who looked like they showed up for the casting of villains in the next Batman epic? Evil turtles and the like.

I couldn't make this stuff up. I don't have the imagination.

Oh, I wasn't happy with the way things were going. I don't think many of us were. It might be beneficial for you to read up a bit on psychopathy. Mental health specialists have said that the preponderance of them in D.C. is staggering. I have to say that I used to wonder how they knew that, how they could quantify any such thing.

Now I know. They just look around.

I'm still betting on good. On love. Sometimes I worry though, that we get the government we deserve.


Posted by ronnyelliott at 5:13 AM