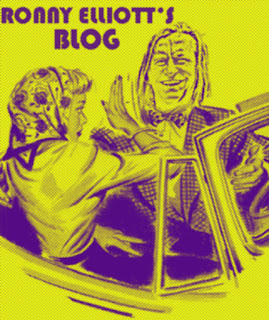 We're waiting for word now. I've already grieved the loss of Little Richard once, when he announced his "retirement" from rock'n'roll towards the end of 1957. Somewhere on the basketball court  at Palma Ceia Playground the announcement crackled through the tiny, tinny speaker in my Silvertone transistor radio. After a couple of signs that God had sent him in Australia, Richard had decided to serve the Lord. Damn!

We lost him for four long years with nothing but a couple of gospel releases and the old 45's to keep us calm.

If there is a "god" he invented rock'n'roll and he made Little Richard. Talk about your Department of Redundancy Department!


Posted by ronnyelliott at 8:29 AM