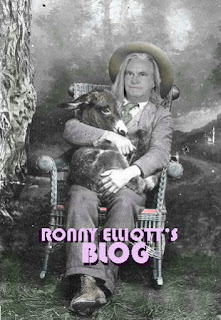 When I was a kid there would be a civil war veteran at some Memorial Day event every now and then. Most of my friends had fathers or uncles who had seen combat in World War II or the Korean conflict. A small number of my high school friends went to Viet Nam. I went to school with mostly rich, white kids.

Now the military industrial complex that President Eisenhower warned us of controls the treasury along with big pharm, Wall Street, the petro boys and the insurance industry. I have weird, vague memories of conspiracy nuts calling the early talk radio shows, babbling about this stuff. I thought they were all crazy. Heck, they were.

Another early memory is the terror of watching Nikita Khrushchev pounding on the UN podium with his shoe, insisting that capitalism would crumble. It was obvious to me that Walter Cronkite was as frightened as I was. Looking back, I think that's what scared me most.

Of all the crazies from my youth-fogged vaults, Niki's the one whose words resonate with truth. Is it my imagination or am I witnessing capitalism devour itself with glee? What are the Shell boys gonna do when they run out of dinosaur juice to peddle? Who cares? Today's executives will be long gone. Who's gonna shell out a hundred grand a month for the pill that will take care of your cancer and make a few entrepreneurs fabulously wealthy? Why, the insurance companies, fool! Well, how the heck are they able to foot the bill? The government that all the above own prints more money.

So of all these tag teams of villains, do you mean to tell me that only the military is on solid footing? Let's just say that we have watched unending war become commonplace, propped up by a perpetual fear of "them." The commies, the niggers, the queers, the terrorists, the Muslims.

Some nights I dream of watching an alligator catch its tail and begin eating.

Yeah, somebody ought to take America back- the indigenous people that we stole it from.