Here's To The Ones Who Never Gave Me A Tumble 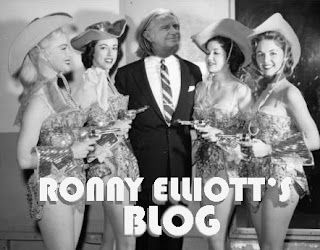 Remember when music mattered? Oh, I don't want to hear from you nuts who still remember the matrix numbers off the first three Buddy Holly 45's. You know what I'm talking about. Kids don't spend their allowances on the top forty. Young girls aren't able to tell you the color of the lads's eyes from Coldplay in a game of Trivial Pursuit. Come to think of it, whatever happened to Trivial Pursuit?

Things change. Beethoven would probably stock shelves at night in a Walmart today. He couldn't flip burgers in a Burger King without a hairnet.

Does it matter? Well, I probably wouldn't be the one to ask.

Dumb is very fashionable these days. Somebody pays an ad agency to make Dodge commercials pointing out that learning is for losers. The cool kids spin donuts in the parking lot. We're told by the pundits every day that the dumb folks supporting fascists aren't really dumb. What?

The emperor's naked as a jaybird. He's got tiny hands, too.


Posted by ronnyelliott at 9:18 AM