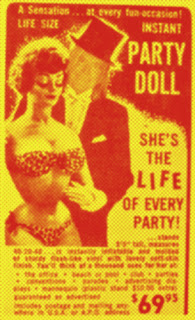 Well, here I was, back where I started. Literally. New Year's eve and my Aunt Jo had driven me to the emergency room at Jefferson Hospital in Birmingham. I was born here. April 21, 1947. We told her that I had run into a door. She knew otherwise, of course.

Fact is, Hardy had sucker-punched me and broken my nose. Hardy Dial, the singer in the Outsiders, had taken the opportunity to shut me up. We had driven six hundred miles and had an hour to unload the van for our show. Of course, being the singer, Hardy propped himself against the side of the Econoline to watch us struggle. As I watched Buddy Richardson, our five-five guitarist, struggle to drag a Showman cabinet into the venue, I turned to Hardy and barked, " Carry something."

Okay, maybe I took that "band leader" role as seriously as Hardy took the "vocalist" thing.

When he picked up a small amp head and began strolling towards the door, I stepped in front of him and demanded, "Something heavy!"

As he shoved the amp into my chest, I stretched my arms out reflexively. Now the amp was in my hands. Taking my cue from him I pushed the thing back at Hardy. Let's agree that he was the smarter one here.

While I stood with outstretched arms and an amplifier in my hands, he hit me in the face. While I struggled to hand the amp off to anyone who would take it, we tussled and swung wildly. A few seconds later as we were pulled apart, it was really obvious that there was a winner and a loser here. There was blood everywhere.

They took me into a small basement room and I lay on my back for the hour, waiting for the flow to subside.

By the end of our fourth set, both my eyes were black and I couldn't see much but nose.

Now, if you're waiting for advice from me, here it is:

1. If you break your nose, leave it alone. It will just give you character later.
2. Don't go to the emergency room on New Year's eve.
3. Especially in Birmingham.

Once it was determined that I had no insurance and the lady had taken my money I was positioned along the wall of the facility. Almost immediately, right out of central casting from a Dodge commercial, a burly cop accompanied a large African American man strapped to a stretcher. I heard them tell the lady who takes all your money that he had been shot and stabbed.

"Go ahead- get up and run, Nigger. I'd love an excuse to shoot you again."

After an hour or two a young intern came out to see me.

"What's the problem?" he asked.

I told him that my nose was broken. He grabbed it and wiggled it around a bit.

"Well, it used to point this way," I motioned.

The sun came up and I was getting hungry for breakfast before they came to get me for x rays. A new shift was working the room and the cop show had moved on. We waited another hour for results. Another young intern came out and told me that my nose was broken.

No reason to yell at the new guy. I explained that I had told the folks that my nose was broken when I arrived. He shrugged and advised me to see my family doctor tomorrow.

"It is tomorrow. My family doctor is six hundred miles from here and I have to play in Perry, Florida tonight."

"That's okay. See him when you get home."

Well, this story goes on and on and the exciting parts are behind us.

Hardy was born in that same hospital, sixteen days before I was. His birthday was two weeks ago. He was a great guy, a wonderful friend. Rest in peace, pal.

I'm going to Birmingham in June for a family reunion. Aunt Jo turns 100 in July.


Posted by ronnyelliott at 7:57 AM