A Dancing Fool In The Gentlemen's Department 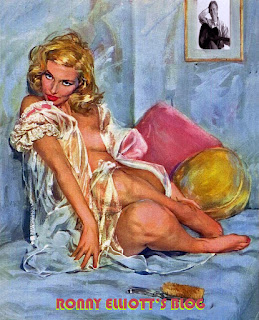 Earl Palmer was a tap dancer as a kid. So was Hal Blaine. In case you were born in a barn or maybe you're a bit younger than I am, let me tell you about these two. From the beginning of rock'n'roll up through the '60's, one or the other of these two gents played drums on pretty much every record that matters. Little Richard, Shirley and Lee, Fats Domino, Eddie Cochran, Clarence "Frogman" Henry records? That's all Earl.

The Ronettes, the Beach Boys, the Righteous Brothers, Curtis Lee? That would be Mr. Blaine. Yeah, of course it would.

Me? Yeah, I took tap dancing, too. I'm a dancing fool. In my head I could have worked with Bill Robinson or the Nicholas Brothers. I know how to tap. Of course I'm a fine pianist and guitar player, too. In my head.

Now I don't want to sound racist, but unless your name is Donald O'Connor or Gene Kelly or Fred Astaire, I really don't think you should be dancing in public if you're white. It's never pretty. 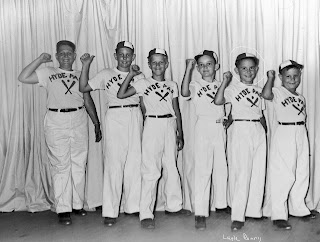 Here's my class. See the kid on the left? Yeah, the big one. The kid who's really a little too old to be taking tap lessons. He kicked in the toe of one of my patent leather shoes while we were practicing "slap, toe, step." It wouldn't pop back out and I quit.

We can only guess where I might be today. You know the story.


Posted by ronnyelliott at 5:50 AM