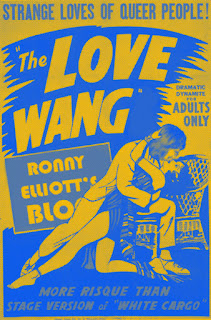 How many times will I pronounce rock'n'roll dead? The first several times that I thought it had expired I looked at the world and its music with disgust. Now everything is perfect. Well, everything but climate change, the middle East and Don Trump.

Remember on the Mike Douglas show when John Lennon said that if they had called rock'n'roll something else, it could have been "Chuck Berry?"

Well, no, of course you don't. You're not old enough to remember and it's no longer particularly relevant. Oh, maybe for some history book some day.

Innocence was a necessary ingredient in a culture for rock'n'roll to flourish. Innocence isn't rare today. It's extinct. Nobody wants to hold anybody's hand. Chuck Berry and Jerry Lee Lewis perform occasionally. Fats Domino and Little Richard don't play at all. We wait.

Smart guys like Nathaniel Rateliff will rework "Little Bitty Pretty One" forever. It's in our DNA now.

I don't know that I miss rock'n'roll all that much. I could use some innocence. We could all use some more love.


Posted by ronnyelliott at 5:37 AM