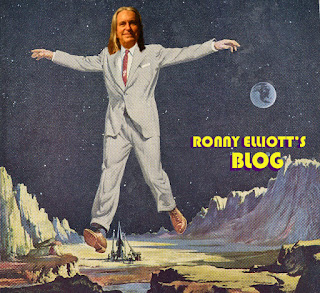 Lately I haven't had much to say. Now, here I am, up at 3:00 am with a mouthful. I'm not of this earth. I don't know that that's news. My discovery of it surely is. I suppose that I've joked about it since I was a kid. You know what they say: In the United States, if you profess to be a messiah, they'll lock you up. In India, if you make the announcement, you'll be welcomed into a very large club and a celebration will commence.

Oh, I'm nothing special. Well, let me rephrase that- I am special. We're all special. 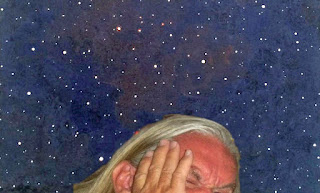 This "discovery" or realization is subtle but it's dramatic. I have become the character that I've played for sixty eight, almost sixty nine, years.

No longer am I tied to the Democratic Party, the musicians' union, the New York Times, Wall Street, the United States of America, the Internal Revenue Service. Hey, I'm not gonna play loose with the laws here. I'm no anarchist. I mean I am by nature but I know that the neighborhood kids want to steal my bike. I tricked them. I gave it away.

I digress. Yeah, that's what I do.

Do I have a role here? I think so. If I can make any living thing happy, I'm succeeding. If I have ever relieved any suffering, I've done okay. I'm working with a limited toolbox here- love and rock'n'roll. I don't have a slide rule. That was Einstein's job.

Don't worry that I've lost my mind. I've finally found it. All at once I mean. I love you.


Posted by ronnyelliott at 3:57 AM