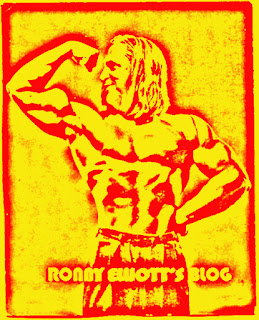 Fireworks is just art for tough guys. Ralph Cramden would never have painted Alice in the nude. He would never have written her a poem laying bare his unbridled passion. He would have brought home a roman candle. He and Norton might have plotted to drop a cherry bomb down a toilet in some rival to the International Brotherhood of Loyal Raccoons' lodge.

America loves Dale. He turned right that one time and became a martyr. A saint. A legend.

Hey, I'm from Alabama. Nobody ever loved Elvis more than I do and I'll still fight you by the swings on the playground to prove it if I have to. I'll end a sentence with a goldarned preposition if I want to.

This is not my century, boys. Neither was the last.

Posted by ronnyelliott at 12:52 AM