Rough 'Round The Edges 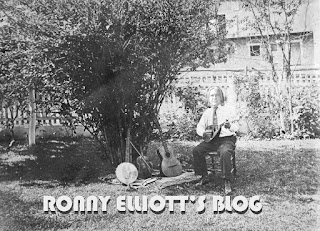 Today would have been Elvis' eighty first birthday. Bill Clinton is sixty nine and they're starting to whisper that he's looking old. He is! I suppose that I'm looking to Einstein, Astaire, Jimmy Carter, William S. Burroughs or maybe one of those anonymous old chiefs from an Edward Curtis photograph. Leonard Cohen. Cary Grant.

Seems I've always had some older friends in my life. Captain Hamlin was in his late eighties when I moved in next door. I was in my late twenties. He missed his tugboat, the salt mist. He explained that there was nothing wrong with him that a fifteen year old on a bicycle couldn't fix. He wasn't a pedophile, just a politically incorrect wise guy.

Sometimes I wish I was working more. They're not beating the door down. The phone's not ringing off the hook. That's okay. I wasn't hip then, either. Realizing that there are folks who don't want to be associated with me based on longevity, that's okay. I'm not anxious to hang around with them, either.

There's great comfort for me in You Tube footage of Louis Armstrong. Young Satch was magnificent, a genius. The older Louis was other worldly. Thank goodness for Jimmy Durante, Walter Brennan, Maurice Chevalier.