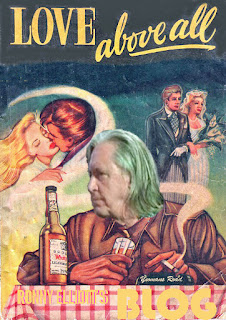 Sometimes my babble onstage brings back memories from adolescence. Free therapy for me at some audience's expense, I suppose. I reminded myself last night that there came a point where I had to choose between rock'n'roll and juvenile delinquency.

Tampa was a one hood town. We had Daryl Barcoot and he was known far and wide. I don't think he was very bad. He was what the Crystals and the Shangra Las sang about. I was probably his biggest admirer. My cousin, George, and I would sneak out of church and hide in his folks' station wagon to get a glimpse of Daryl coming and going. The Barcoots lived just across the street from Trinity Methodist Church. There were only one or two spottings on record but it kept us out of church.

We only had one real rocker, too. Benny Joy. In our defense, with Benny Joy on the home team, you don't need any more. I only saw Benny onstage a couple of times and rockabilly was on its way out by then. It didn't matter. Benny was the real deal. He didn't need fashion. Benny was fashion.

We got to be close friends later. We were together in a coffee shop when Howard Cosell told the world that John Lennon had been killed. Benny still turned up his collar at that point.

All my life decisions were based on movies. Most probably still are. Same movies. I had to choose between "Don't Knock The Rock" and "Rumble On The Docks." Once I figured out that juvenile delinquents did bad things, my choice was easy. After all, there were plenty of Sunday school lessons and church sermons that I didn't miss.

Well, sir, I've been in the rock'n'roll racket for long enough that somebody owes me a gold watch. I hesitate to say that I don't have much to show for it. I'm rich with memories.

I would have made a terrible hoodlum.

Posted by ronnyelliott at 7:15 AM