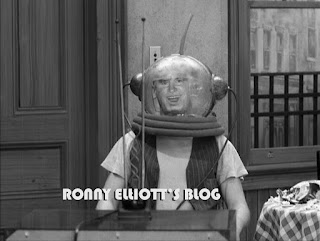 As a culture, as a people, we're scared. We're divided. The left hates the right, the right hates the left. Our economy has fizzled. Except for the ruling class, that is, and the rest of the population now plots to storm their gated communities and burn their Lexuses at midnight.

We have a comb-over, jack-booted, billionaire bully spewing hate and bigotry and misogyny on television and tens of thousands flock to see him in person, drooling, "He's one of us!"

We're armed to the teeth. Some pitiful, deranged whacko walks the aisles of a classroom every other week or so, shooting our kids.

In school as a kid, I frequently heard the question, "How did Germany ever fall for Hitler?" With the din of, "U.S.A., U.S.A." ringing in my ears I fret that I now understand, at least a little.

Since when did love and compassion become shameful? If we've decided to give up science and kindness, our team, my team, has lost.


Posted by ronnyelliott at 3:12 AM