Jesus and Buddha and the Kids 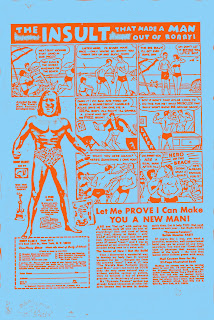 Sometimes someone who should hold high office runs for office. If it looks like they have a snowball's chance, we kill them. I remember from the third grade that too many ants in the colony would cause the society to run amok and crumble.

Now? Here we are. Perpetual war, i phones, America's Got Talent and social media. Sounds like the ranting of an old geezer, doesn't it?

The problem, as I see it, is that good guys like Einstein have ideas. Bad guys appropriate them out of greed. Societies fight with them for power with the earth and the innocent left on the sides of the battlefield as collateral damage. Ad nauseam.

Let's just get rid of them. Surely they don't represent us. Let's learn from the children, from history. Let's dance and let's sing. If you don't think you're a religious person, listen to some Little Richard.